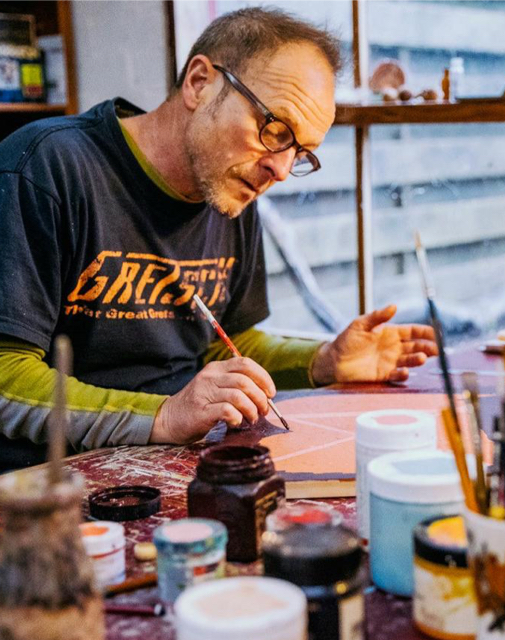 Jeff Raglus is a contemporary artist who divides his practice equally between music and the visual arts. Encompassing all that is pop, Jeff's work constantly blurs the boundaries between fine and graphic art.

Jeff has toured overseas and around Australia many times with various musical ensembles. He has screen printed fabrics, T shirts and posters, made clothes, stage sets, designed CD and record covers and helped make video clips.

He has worked for Mambo, Swatch, Sony, Ansett Airlines and The Arena Theatre Company.

Jeff has written and illustrated several children's books, two of which have been published overseas, he has also worked as an animator.

Jeff is a multi instrumental musician, a singer/songwriter, a sculptor and most commonly a painter.  He has had at least one solo exhibition every year since 1989.